Construction has already started on KFK Group’s 323-room Westin hotel in the 1M SF One Main Place tower Downtown. KFK made the announcement of its selection of Westin at an event Tuesday, and we sat down with KFK Group’s Nick Malone, who tells us the hotel and its amenities will be the key to leasing up the 80% vacant tower. (Pictured is Dallas Mayor Mike Rawlings, who spoke at KFK’s event). Nick tells us the New Orleans-based firm was shopping the hospitality market in Downtown even before bidding on the tower at 1201 Main St last spring. It’s all about having the right brand to fit the building’s needs, he says. “We’re trying to reposition the building and update everything from the office space to the amenities, and a luxury hotel like the Westin is another way to do that,” Nick tells us. The Westin’s reputation among business travelers makes it a good bet for the hotel and complementary to the existing hotels downtown, too, he says. 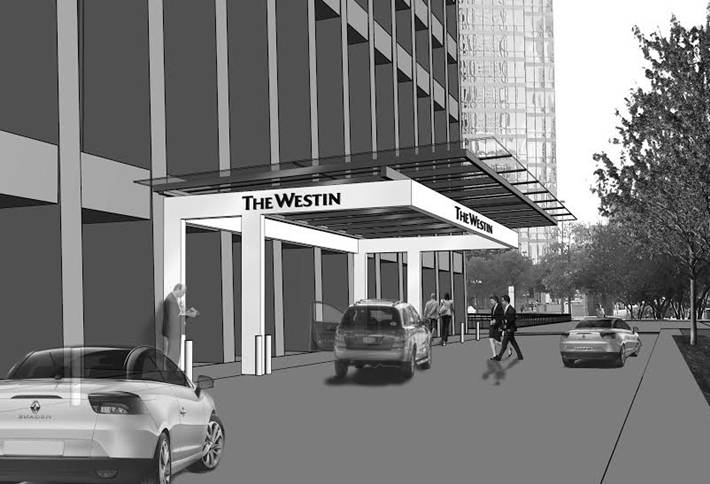 Dallas-based Forrest Perkins is designing the hotel (rendered here is the Westin entrance), which will open in December. To help gear up for the speedy turnaround, Nick tells us he’s going to be leaving the Big Easy for more time in Big D. Demolition is complete on the second floor, as well as the 23rd through 32nd floors, Nick says. The second floor will be the hotel lobby with a reception area, lounge, library, ballroom, restaurant and main kitchen that will service events and room service. The hotel will be on the upper floors. There’s lots to do between now and December, but Nick says the timeline should work with all of the construction concentrated on the interior. The building is being placed on the National Register of Historic Places, and the exterior (including the windows) will not be altered, he tells us. 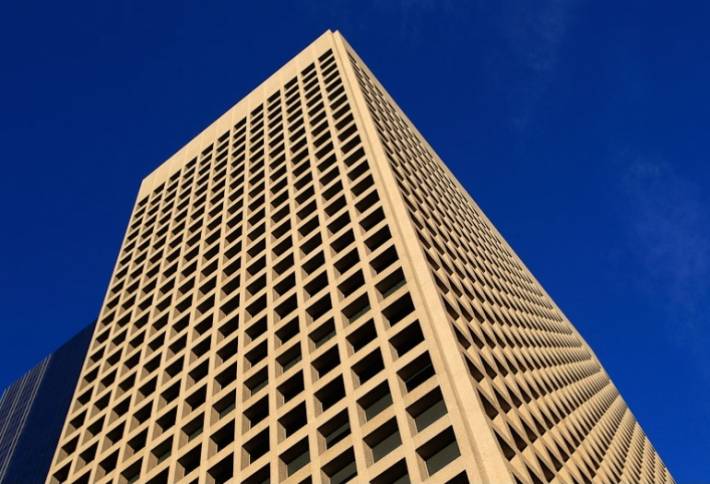 While the building’s largest tenant has vacated (resulting in that 20% occupancy), Nick says some tenants have remained. KFK will office on the 13th floor, which has been renovated with spec suites. (Pictured is One Main Place.) UCR’s Jack Gosnell and Gordon Atkinson are leasing the 50k SF of retail, but the next big task is attracting office tenants, Nick tells us. Stream Realty’s Sara Terry, Ramsey March and Matt Wieser have been tapped to fill the 600k SF of office space. Nick says they were waiting to market the space until the hotel announcement was made. “There have been other Downtown projects that have made promises and not delivered, so we wanted to show that we’re here and that we’re going to make the project everything we said it would be,” he tells us. 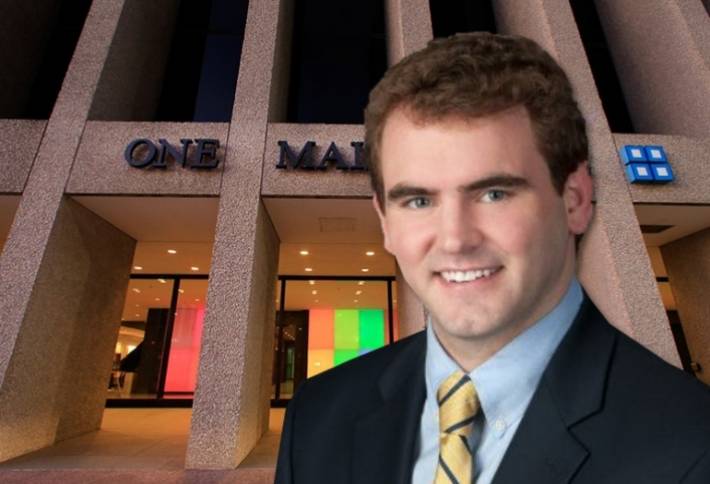 Nick (pictured by the building entrance) says improvements to the tower should elevate the space back to a Class-A building. Nick is optimistic that the office portion could be stabilized within two years as Downtown’s revitalization continues. “We saw it in New Orleans; more people are moving into these cores,” he tells us. People want to be closer to where they work and where the action is, he says. It makes sense to leave your office and head to your next destination without having to spend an hour in a car. “That opens up possibilities in Dallas,” he says.